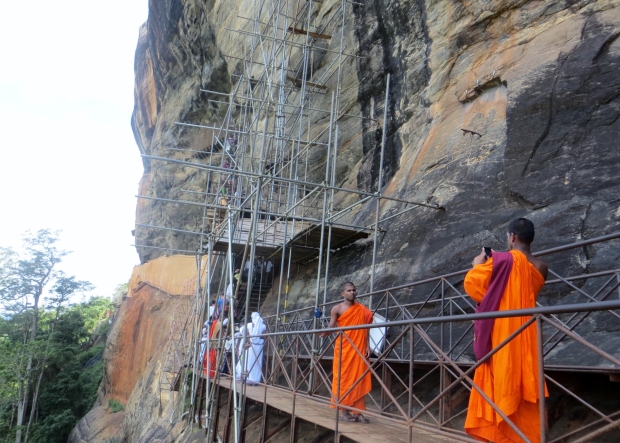 Even the monks were excited to have their pics taken before going up. ;-O

Zoomed in, up a bit is the round stairs and how it is located.

Zoomed in, down a bit is a comparison of the old way and the new way.(A blogger friend said he was there in the early 1970s, I am eager to know if he took the old way)

Inside the stairway, where only one person allowed on one step. 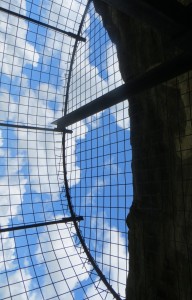 Under the roof, quickly capture a photo- the clouds look like a world map and the blue is the ocean.

After the stairs, before the mirror wall, many great paintings – complete or not.

Some details – you can see how well they were painted. Each has a different emotion but the same thing is they all have great breasts! 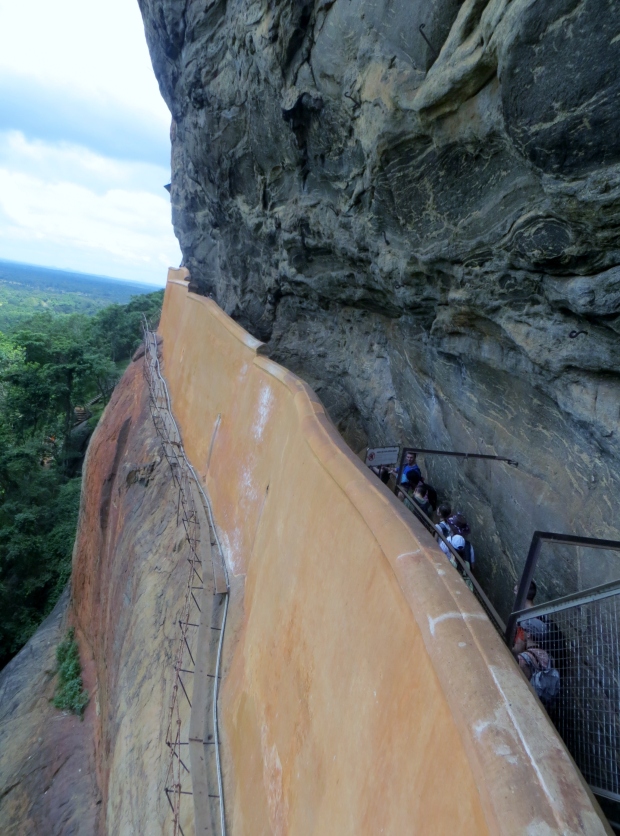 Before turning into the Mirror Wall, take a last look over the old way stretching outside the wall and imagine there was an army marching on…

And looking back, now you can see the two stairways rolling between the cliff and the head of the Mirror Wall(though there was no sign of a mirror). 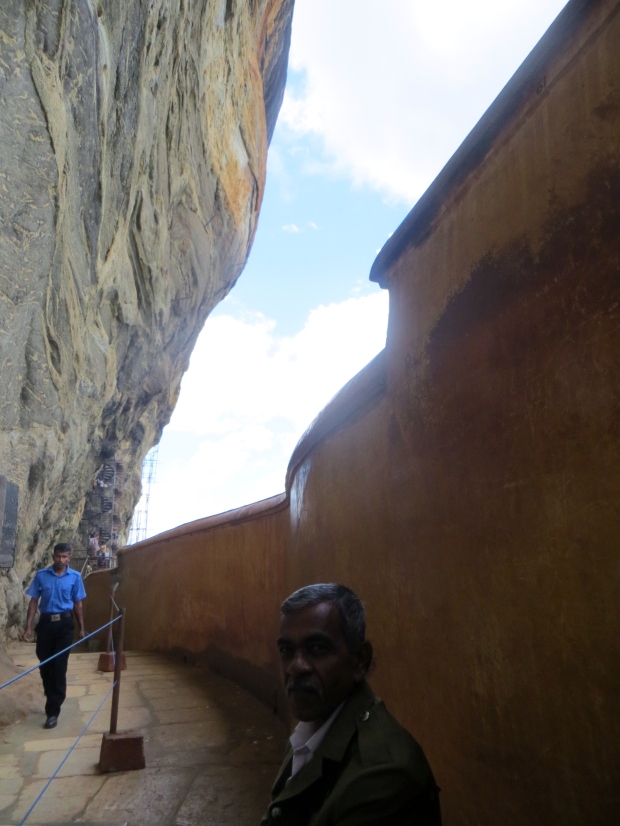 See? Walking along the Mirror Wall, still no mirror or they have painted it with yellow mud?Anyway, there was this guard to check your ticket…

In the distance, the solemn buddha and the moving tourists make you feel you are only the invisible sand in the universe.

Just make sure that it was me standing there looking afar, taking the photo and feeling the world under my feet. 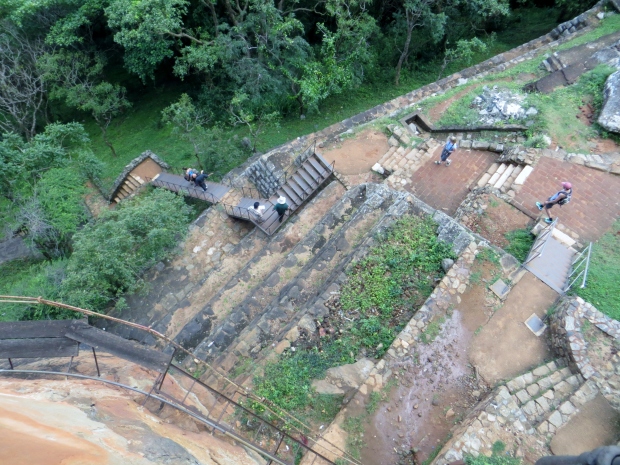 Looking straight down, some people were heading back by taking a different way down. 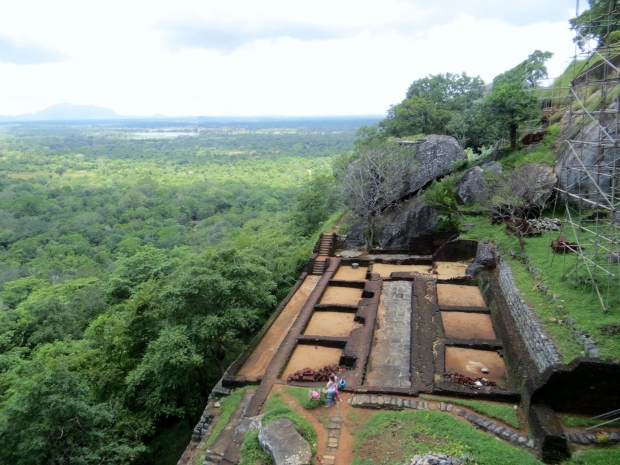 Looking around, a beautiful site on the right.

Looking straight up, there seems a paradise up there.

Half way up to the top?Seen from the side way, isn’t it looking like an old man nodding yes?

So amazed by the ancient steps. Still can’t imagine. Are they really for people? Or for what?

Oh, isn’t it a staircase railing almost touching the blue sky before the dark clouds coming?

Lion Staircase with two lion’s feet on each side. Now look at the whole rock, it looks exactly like a giant lion mounting the world.

A must to stand in the middle of the Lion Staircase and have my picture taken before going up to the top. 🙂

No hurry, zoom in, let’s take a picture of the highest hill under the beautiful sky.

Yet down there, more people are behind your shadow. So watch out! 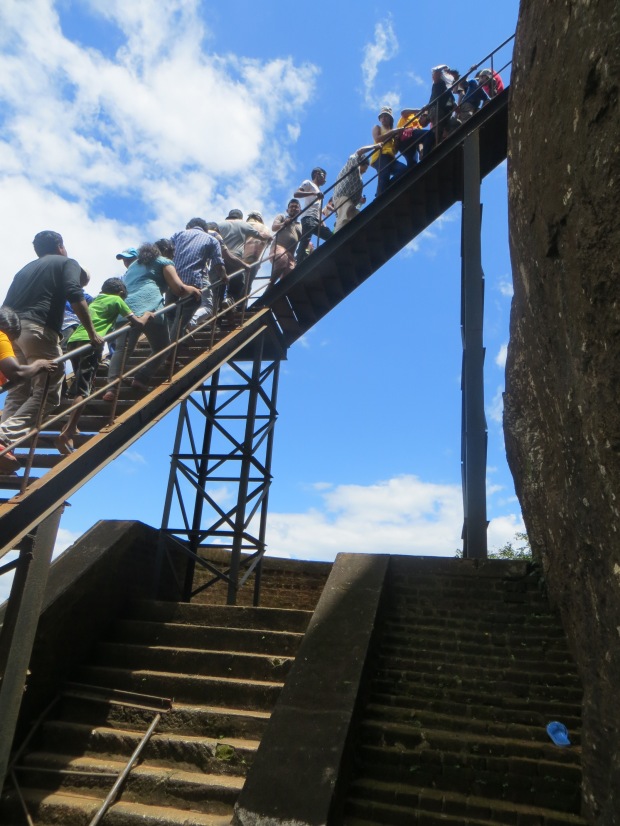 Now that you are on the way up and many people ahead of you. Be patient! 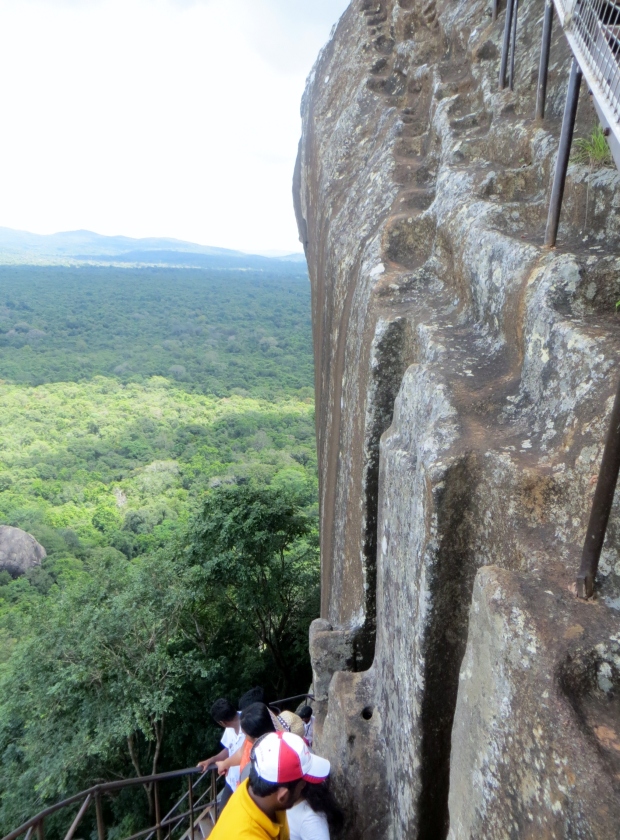 Just taking a quick photo to see how people built the staircase on such steep cliff. And there are plenty of prints left.

Finally, the last staircase to the “paradise”. Hurry up! 😛

Again, thank you for appreciating! The last part: Sigiriya Part 3 – The Top is coming soon! Don’t go away! 😀

6 thoughts on “Sigiriya Part2 -Way Up”