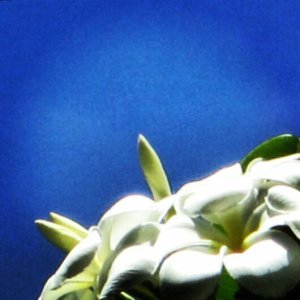 The girl in the rain, once was a sort of boy who only hung out with boys. A number of times, she would do all different things in the rain, alone or with someone. The midnight before graduating from high school, she couldn’t control herself but led a bunch of boys running in the rain on the road. It was all dark. But she wasn’t afraid of the darkness. she was suddenly afraid of growing up and leaving an old place.

In the darkness, along with the boys, she laughed, cried and screamed; she lifted her face up, welcomed the rain pouring down; she kissed and tasted the rain; she sensed the freedom of the rain; she felt behind such freedom was sadness. The rain comes and goes, just like people coming and going. She really enjoyed how the rain washed something away from her heart and added something else to her mind. It was exactly the same feeling as how people gave her memories and she was afraid to lose them.

When leaving a place, she was always the last one to leave. She sent off everyone. She then quietly left alone. She even pictured her future without people coming and going. But she knew it was her sheer illusion.

Later she became a woman. The feeling never changed. One late night, thinking of leaving another place, with an impulsion she couldn’t help walking in the rain, alone. It was a dark street. The rain made her wet all over.  Even her brain was soaked. This time, she didn’t laugh or scream. But she did cry in silence. She tasted the rain more deeply. She opened her mouth, let the rain fill in naturally. She then would swallow a mouthful of rain, as though the rain was not rain but beer. She drank one mouthful and another. Until there was a motorcycle coming towards her. The driver waved, whistled and asked if she wanted a ride. She shook her head continuously without looking at him. Apparently, he was disappointed. As a result, he suddenly sped up, drove a circle around her with one hand touching her tits roughly. For the moment, he was a ghostly dark shadow and she was so horribly terrified that she couldn’t see anything. The only sound she could hear was the engine from the motorcycle. The only thing she could smell was the cigarette from his nostril. The only thing she could feel was the dirty hand that she was not fast enough to push away. Once she could see something, he already disappeared in the darkness with only the sound left. She wished she could cut off that hand and have it feed the pig.

Since that night, she stopped walking in the rain in the darkness by herself. But tonight, she had the same feeling. She walked alone in the dim light, missing the rain. Passing through the crowds, she felt as though she was the only one moving. Stealing a glance at the others whose eyes were as emotionless as a dead fish, she wished she could take a cold shower in the rain.

This blog is to remember a great Penguin in a particular way.