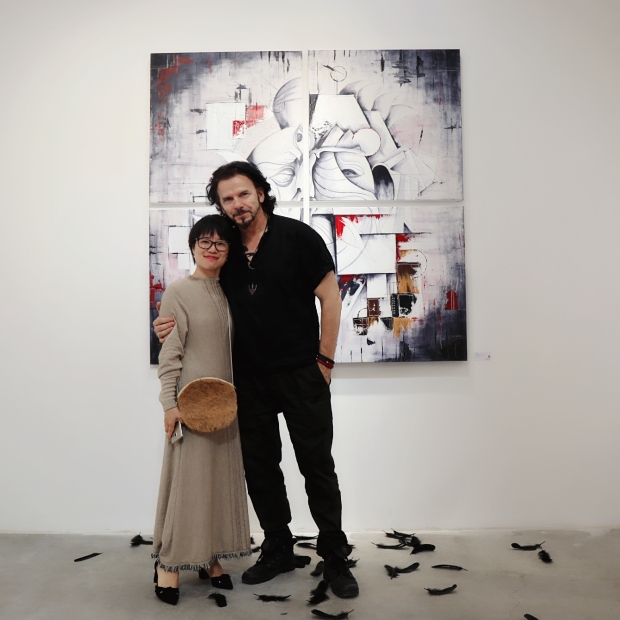 This speech, inspired by a WeChat Moment I posted recently. Here it is. What do you see? And what do you think of this Moment? Particularly this photo – me & Crow standing on the black feathers in front of his paintings that I like. Doesn’t it look normal to you? Yeah, pretty much. Right?

But to my family, it is not normal at all. The instant my mum saw this post in the morning she sent me tons of voice messages. “Don’t take a picture with a guy that ‘big’.” “Don’t share in public any man who is not your boyfriend.” “Don’t let a foreigner take advantage of your body.” “Don’t smile like you are having an affair with him.”

Oh, isn’t my mum lovely? I adored her sense of humour. She is illiterate, she can only read pictures. If you were me hearing that, how would you react? If it was your mum telling you that, what would you say? Would you think it is absurd? Would you feel it is funny?

But… but when my old sister called me in the evening and said the same thing, I was shocked. She is half illiterate, as she didn’t have a chance to finish primary school. Undoubtedly she cannot read any English. Imagine her mood when she was asking me these questions – “Why did you take a picture with a guy that old?” “How could you post such a Moment?” “Don’t you think it’s too ugly to be graceful?” “Isn’t it bad for you to find a good husband?” “Do you know the others might take him as your real boyfriend?”

All of a sudden, I realized how much I’ve embarrassed my family and what they were worrying about was true. Probably having lived in a big city for a long time, I almost forgot what happened in a tiny village. Who would have thought the small thing in a remote corner can affect your current life in a busy center? Especially a surprising rumor that I didn’t give a damn about?

In December 2013, I returned to my home village with my English editor Mike. He wanted to see where I grew up and was keen on taking his children to visit some dying villages on the edge of China. Before they came in the summer of 2014, I took Mike to my birthplace – the first man ever.

If later no one had spread the rumor that Mike was my boyfriend, with my ignorance and innocence, I could have never understood the fact that when a girl brings a man back to the village, the man must be her husband-to-be. And if my family didn’t remind me of such a fact behind the rumor, I probably wouldn’t be talking about this shit right now. It feels like a shame that was filmed for someone from an alien planet yet my family have been bearing it for me in silence.

Strangely, wherever I go, that part of my world with those who live under the sky as big as the mouth of a well, never stops haunting me at night.

And the strangest thing is, now I seem to be consciously aware of not taking a picture with a guy who is not my boyfriend. Can you believe that? I can’t even believe myself. A WeChat Moment begins to miraculously influence a rebellious leftover woman. Is it the power of something almost skeptical or my love for my family? Frankly, I don’t know. 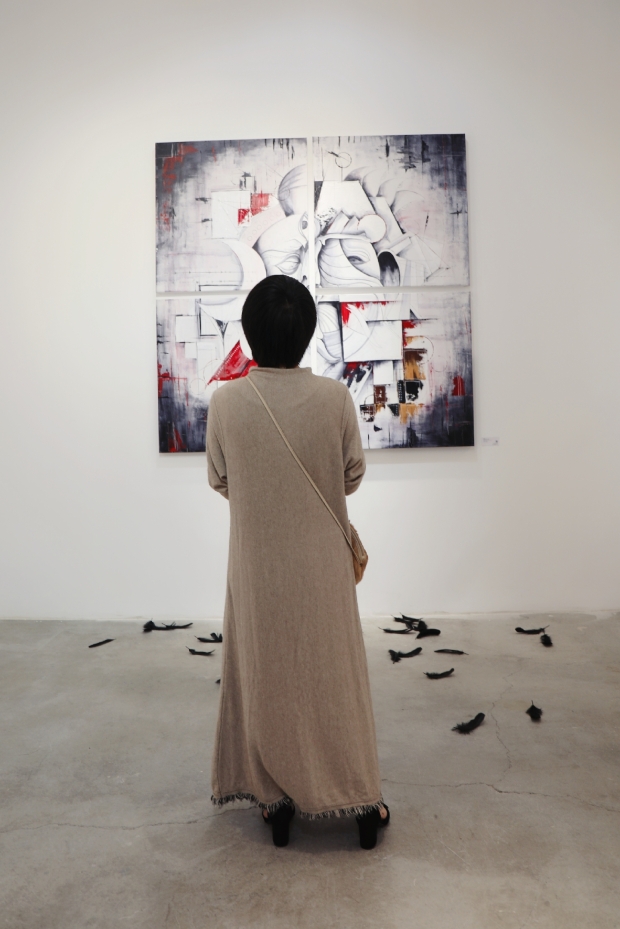 Do your family tell you what you should do and what you shouldn’t? Have they criticized anything about your lifestyle? Or are you free to do anything?

Artistic credo: “You can also paint a song”

Crow is a  German painter, rock musician, and performance artist. His paintings and installations are as energetic and passionate as his rock songs, inspired by the natural elements earth, air, fire, and water, and by a wild and free spirit.As the founder, vocalist and songwriter of the Heavy Metal band Medusa`s Child (1999-present), Crow toured through Europe and Asia, and his artwork was exhibited in China, Japan, Switzerland, Finland, Germany, and the USA. Alternating between microphone and brush, Crow follows his artistic credo – “You can also paint a song.“ 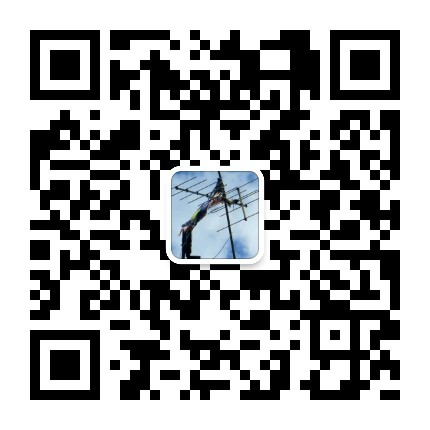 5 thoughts on “Reflections on a WeChat Moment”